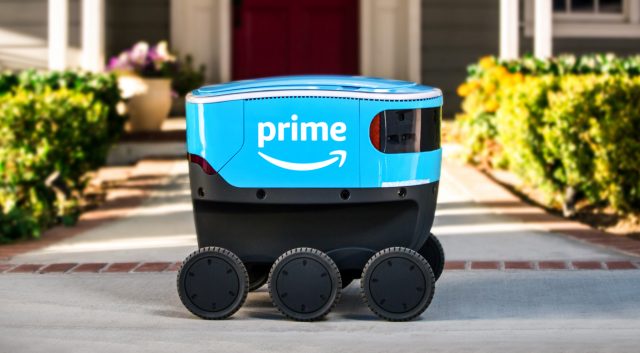 According to the British "Daily Mail" report, Amazon Scout, a six-wheeled automatic delivery robot made by Amazon, has begun trials in the small town of Milton Keynes.

According to the British “Daily Mail” report, Amazon Scout, a six-wheeled automatic delivery robot made by Amazon, has begun trials in the small town of Milton Keynes.

The Amazon Scout is equipped with six wheels, battery-powered, with radar, GPS and a 360-degree camera for autonomous navigation and driving. The delivery robot is 55 cm height and 70 cm width. The carrier can carry up to 10 kg goods, and the speed can reach 6.4 km per hour.

The delivery robot relies on its built-in nine cameras and multiple sensors for navigation, even detecting obstacles 48 kilometers away, and a camera for monitoring. In order to protect the goods, the robot’s cargo box is sealed. Only when the destination is reached, the recipient can input the pick-up code to take the goods inside the robot. At the same time, the nine cameras installed on the robot can also photograph people on the road, which is very safe.

Automatic delivery robots have entered the testing phase in China, the United States and the United Kingdom. I believe that related services will be fully invested in the market in the near future to improve logistics efficiency. 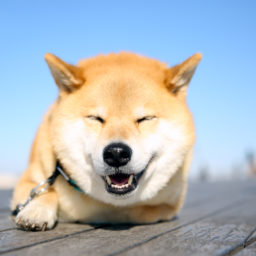 Fung Cheung
I know nothing, only passionately curious.
Browse Other Articles

Ready to Leverage your Business to the Next Level?

A new project is an opportunity to create something unique. Tell us about your idea.